Warning: Declaration of shailan_CategoryWalker::end_el(&$output, $page, $depth, $args) should be compatible with Walker::end_el(&$output, $object, $depth = 0, $args = Array) in /homepages/14/d487541166/htdocs/project23/wp-content/plugins/dropdown-menu-widget/shailan-category-walker.php on line 154
 Moroccan Garden | Al Hasaniya – Moroccan Women's Centre 
Warning: count(): Parameter must be an array or an object that implements Countable in /homepages/14/d487541166/htdocs/project23/wp-includes/post-template.php on line 250

Morocco is known throughout the world for its beautiful gardens, where architectural design and mosaic are woven with nature to convey the ancient splendours of Andalucia and Arabia.

Al-Hasaniya’s Moroccan Garden brings a taste of this Moroccan outdoor experience to the city of London.

The Moroccan Garden is located in Meanwhile Gardens in North Kensington and is a partnership project with Meanwhile Gardens. The project to create the garden was initiated by members of the Moroccan community of North Kensington and users of Al-Hasaniya Moroccan Women’s Centre, who wished to say a public thank you to all those from the local community, who made them welcome when they first arrived here in the early 1960s and enabled them to make their home in this part of London.

The garden was officially opened on 27 June 2007 by Councillor Victoria Borwick, at an opening celebration attended by members of the local community, the Moroccan Consul General, local MPs and Councillors, local service providers and partners, friends and supporters of Al-Hasaniya.

The garden is a public space for families and children from all the local communities to use and enjoy. The variety of plants to be found in the garden range from olive, banana and fig trees, grapevines, palm trees and eucalyptus, to Moroccan mint, thyme, rosemary and oregano.

Funded by Awards for All, Kensington and Chelsea Environmental Ltd and the Ethnic Minority Foundation, we also extend a special thank you to our two gardeners, Kacem Debar and the late Josh Newton, may he rest in peace, without whom this garden would not have been possible. 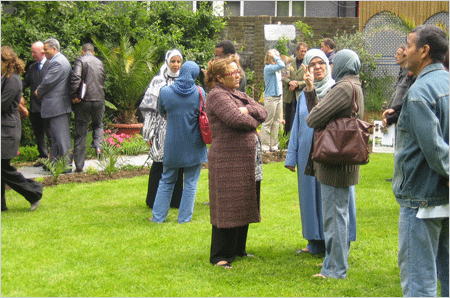 Official opening of the Moroccan Garden (2007) 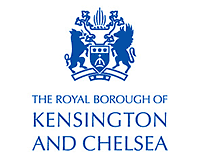